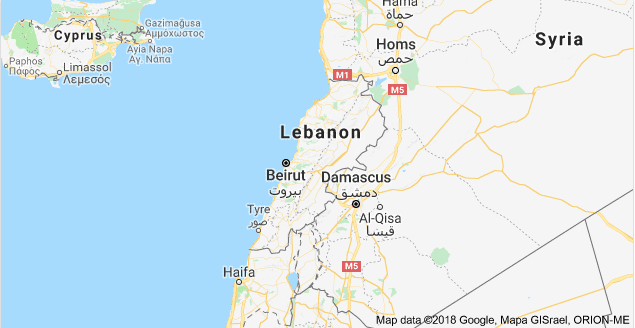 The third leading cause of death in United States is medical errors. Teamwork, communication and physician leadership are key factors in eliminating medical errors and saving lives.  I have made it my mission to save lives by empowering physicians to lead effectively.

My journey began in Lebanon during a 15-year civil war that started in 1975. I grew up living in constant danger, disruption, and fear. I lost loved ones, friends, and even the home that my father built. In the summer of 1976, my dad was severely injured when a bomb fell on a busy market. From there, he was rushed to the hospital with shrapnel all over his body. With fear and anxiety, I watched the doctors working hard to save him and my uncle.

Then in 1982, the brunt of war hit even closer to home when I myself was injured. Throughout these years, I watched my parents and those around me strive to keep our families safe, away from hunger, and optimistic in a sea of despair. The only way out of the downward cycle of war was education.  As a result of these life-changing experiences, I became more resilient and focused on my journey to save lives.

In my teenage years, while growing up in a destructive and contentious environment, it was easy to be drafted into militias and adopt the destructive ideology rampant during the civil war. Instead I elected to be a positive force for change by working and supporting the Red Cross and Red Crescent rescue squads – rescuing families from rubble.

It is the image of venturing into bombed neighborhoods, looking for survivors and rushing them to hospitals that drives my passion and purpose of transforming healthcare. I remember handing-off an injured child to a doctor in the emergency room, hoping the child had in that physician –  a competent, compassionate and courageous provider – who was willing to put himself in harm’s ways to help others.

I escaped the war on a scholarship that was awarded to three students out of 3,000 applicants.  I arrived to the States in 1986 in Cleveland, Ohio where I completed both my undergraduate and graduate work in four years while working.

I was very impressed by the US healthcare system, which was the envy of the world; comprehensive, technologically advanced, and research based. Yet as I got the opportunity to work inside the system – from the basement of Akron City Hospital as a Biomedical Engineer, I learned quickly how fragmented the healthcare system really was.

I saw first-hand that waste, lack of trust and lack of collaboration harm the same people we are trying to save and heal. In 1999, the Institute of Medicine published the report “Do No Harm” where they estimated that more than 100,000 people in the US die from preventable medical errors. That is more than those who died in the Lebanese civil war.

Unfortunately today the third leading cause of death in the US, after Cancer and Cardio vascular disease, is still preventable deaths in healthcare.

My life journey then took me to work for General Electric Healthcare under the leadership of Jeff Immelt and Jack Welsh. There I learned more about leadership, coaching and Lean Six Sigma. As an executive and a Certified Master Black Belt, I focused on transferring the best practices from the most admired company to healthcare. In doing so, I declared that the biggest factor that impacts quality and safety in healthcare is physician engagement and leadership which were chronically lacking.

That is when I joined the University of South Florida Medical School as their COO and Chief Transformation Officer. I was certain that if we could change the way we select, train and mentor our medical students, nurses and pharmacists, we could develop healthcare leaders that are more engaged and collaborative. I was surprised at how antiquated our medical education is when it comes to this noble profession and realized that education was part of the problem and not part of the solution. Medical education creates a competitive environment that was focused more on technical skills and less on humane skills such as empathy and collaboration. So at USF I spent my time developing faculty and physicians into leaders who act as leaders for future generations – focused on quality, safety and each other. I helped launch a new medical school program that emphasized emotional intelligence, empathy and teamwork.

In 2012, I launched the CTI Physician Leadership Institute dedicated to energizing and empowering physicians to lead the transformation in healthcare. It has been proven that clinical outcomes are 50 percent better when physicians lead. I built a solid team and infrastructure to work with physicians in the trenches to engage them in leading changes in the healthcare system and making it safe, with better outcomes and more cost effective.

The way I am “paying it forward” is by continuing to be a positive force of change through teaching and coaching Physicians and Leaders in Healthcare to make it a safe, reliable, high quality and cost- effective industry for all of us. I am also committed to “paying it forward” by being a good role model for my two sons and the future generations of young people.

My life mission is to change healthcare from the inside out with better leadership, strategy and innovation.